Capitol Hill Rioters Hear 'You're Fired!' – But Is That Legal in Maryland?

The riot at Capitol Hill last Wednesday – January 6, 2021 – has shaken the nation to its constitutional core. Many of its participants fear the firing line ... figuratively speaking, of course.

Private companies are taking swift action to fire those caught on camera at the US Capitol allegedly committing crimes.

Those employers may be perfectly within their legal rights to fire those at-will employees, despite the First Amendment protections guaranteeing freedom of speech.

(And then again? Maybe not.)

Can you be fired for hate speech, or for exercising your First Amendment rights?

Most employees in the United States are considered “at-will employees.” These employees have no contracts dictating the boundaries and agreements regarding their employment, up to and including:

At-will employees can find themselves facing the (figurative) chopping block at their employer, at any time and for any reason, so long as it’s not a protected class – we’ll get to that in a minute.

So sure, an employer can choose to fire any employee for “hate speech,” or because you wore your work badge while allegedly committing a crime on national television. They can also legally fire you for:

As you can see, the reason for dismissal doesn’t need to be logical; it just can’t be illegal.

And, just because a dismissal may be publicly unpopular, doesn't mean that dismissal was illegal, either.

Is "political activism" a protected class for employees?

In general, political activism is not considered a protected class for private employers in Maryland or per federal statute.

According to the Equal Employment Opportunity Commission, the federal department in charge of investigating and pursuing illegal employment retaliation and discrimination, the federally protected classes are:

Employers with more than 25 employees are forbidden from retaliating or discriminating against employees based on any of those classes.

However, an employee’s protected class does not insulate them from firings or “bad” employment outcomes.

For example, an employer can legally fire an employee for cause or because their hair is blue, even if they’re disabled or over 40 years old. They just can’t fire the employee because of the disability or their age.

Of course, proving that the firing didn’t happen due to one of these protected classes can be harder than claiming that it did.

That’s one of the reasons why you’ll see HR departments with huge files on employees – to better insulate their employer against accusations of illegal firing after they dismiss an employee.

Is it illegal to get fired for political actions or political speech while “off the clock?”

Circling back to the original question: None of the federally protected classes include political speech.

Therefore, it is possible for a Maryland employer to legally fire an employee for attending a political rally or participating in a protest – though the employer might face some PR backlash for doing so.

Some states, such as California, have protected certain kinds of political activism from employer retaliation. So, a peaceful protester in San Francisco typically doesn’t worry they’ll lose their job, even if their employer disagrees.

However, Maryland typically lacks such protections for its employees, on or off the clock. Therefore, an employer can fire their employees for:

Ultimately, the First Amendment and similar federal protections allow Americans to perform a wide variety of possibly upsetting political acts. They just don’t protect anyone from the possible professional consequences of their actions, whether that’s “fair” or not.

Does freedom of speech and assembly eliminate criminal charges from the Capitol riot?

For example, just because the First Amendment gives Americans the right of freedom of assembly, that does not mean they can assemble anywhere and for any reason.

If a public space doesn’t allow any protests, parades, or other political actions out of safety or security concerns, then protesters may not legally assemble there.

(Conversely, if even one protest was permitted there at some point, then every protest can be argued as legally valid at that location. It’s a sort of “all or nothing” rule.)

Regarding the Capitol riots, some areas of “public property” – such as the lobby of the US Capitol – are generally forbidden of any type of protest or march out of those safety concerns.

Here are more examples of possible criminal behavior from the Capitol riots that are not protected by the First Amendment.

Again, the First Amendment protects people’s right to express beliefs that others might disagree with. It does not protect criminal actions taken in the name of those beliefs.

However, there are times when the line between a “legal” firing for cause and an illegal retaliation based on a protected class blur so far that you need a lawyer to sort things out.

Whether you’re wondering if you can fire a radical political supporter – or if you were booted out of your company due to one of the federally protected classes – the attorneys at JC Law can take a look at your situation and give you the straight truth of how they think you can best proceed: For yourself, your family, and your professional career. 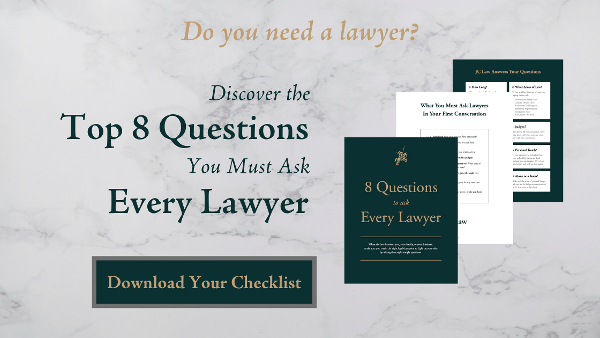