Can Someone Convicted of Killing Their Child Babysit? Lawyer Says... 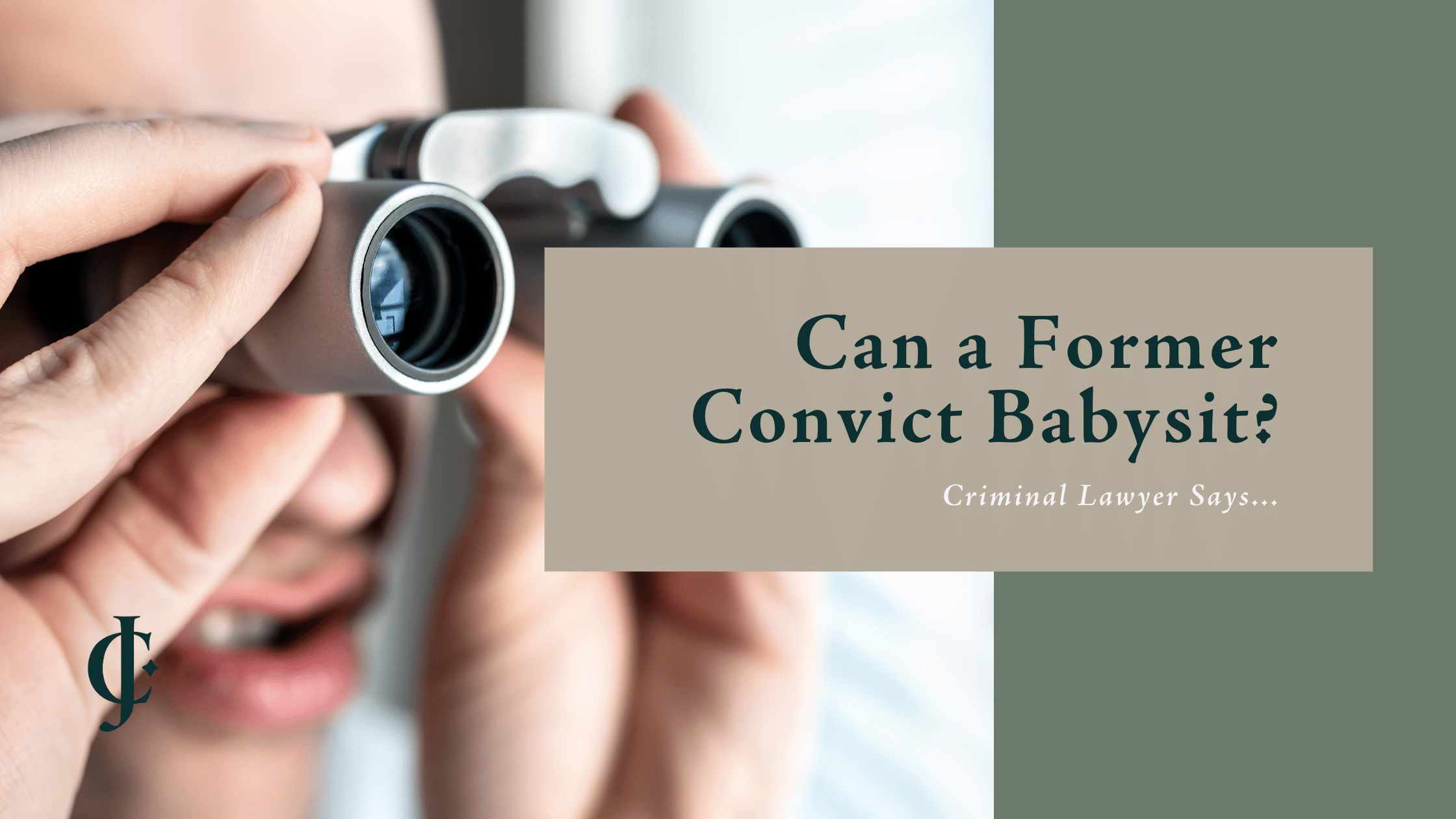 This week, our criminal lawyers discuss one curious neighbor's concern over the criminal history of a local babysitter -- namely her recently completed sentence in jail for being found guilty of killing her child.

The Question: Can someone convicted of murdering a child legally babysit?

I like to scroll through Nextdoor a couple times a day, like you do, and pick up on relevant goings on and lost pets and whatnot.

Today, a thread popped up that caused some drama. A woman that had, the previous month, made a post asking for help finding work and food (and got a big response with a lot of help) came back today asking for someone to send her Uber Eats. That got people's attention by just being pretty bold. She said she had a new job babysitting but hadn't been paid yet and needed help again.

During all this, someone looked her up online and found that she was convicted of murdering her infant son in 2010. She had served 5 years and been released.

My question is: Can she legally watch children? I don't know all the laws but I'm technically a mandated reporter. I tried searching for the laws but don't really know where to start. I figure it's better to ask than do nothing.

The Answer: Assuming no conditions on her release from jail, yes, it's probably legal for your neighbor to babysit despite a previous conviction.

There is a lot of subtext in this question, starting with the background questioning whether people with criminal convictions deserve help from the neighborhood and making "bold" requests for food while waiting for money to come in.

However, we will restrain ourselves from further commentary on the motivations of the questioner and this particular Nextdoor neighborhood group by simply answering the legal question posed to the internet at large.

Unless there are any conditions put on her during a release from prison, parole, or other aspect of her sentencing, it is not illegal in Maryland for someone previously convicted of killing her child to babysit after she's served her sentence.

And no, since it's not illegal and you have no evidence that the children in question are being harmed in any way, you have no obligation as a mandated reporter to call Maryland's CPS agency.

Finally, we hope the woman in question has found financial stability enough to feed herself, while also getting any help she needs regarding whatever circumstances led to her conviction of killing her own child. We hope she becomes a productive and fulfilled member of society after her time in prison.

Get Answers to Your Burning Legal Questions!

You can submit your own question to #LegalSays below, or just skip the wait and go straight to scheduling your own (free) first consultation with a JC Law attorney at your convenience.

Our automatic disclaimer: We're lawyers, but not necessarily your lawyer, and do not represent the individual who asked this question. We're providing this information for general educational purposes based on the publicly available information provided by the anonymous Internet user. Any number of details may change how this individual's attorney may pursue this legal situation, differently from how we suppose above. If you have a similar question, then you should consult with a lawyer about your specific situation to get a "real" response!