Has anyone ever offered you a strangely vague investment opportunity promising high short-term earnings? There is a chance it could have been a Ponzi scheme--a form of investment fraud that pays return investments using money from newer investors. Though enticing in what they claim, these schemes cost unassuming investors millions. Read on to better understand what these schemes entail and what could follow legally:

Ponzi schemes start with a promise: low risk, high reward. The con artist--or artists--at the top establishes a front legitimate-looking enough to attract investors; from there, those at the top cycle funds from the top-down (from new-to-old investors) to give the impression of profits.

Of course, there is always a limit. Ponzi schemes rely on a constant influx of new clients. In most cases, once the cycle of funds from new-to-old stops because of a lack of money coming into the scheme, it ends.

You might be wondering why someone would buy into something like this, especially with the relevance of Ponzi schemes reaching all the way back to the 1920s. Consider the following:

It is not hard for someone to fall into a Ponzi scheme, and it can be even harder to get out of one. So, always be sure to know the signs and be wary of a potential scheme.

Though they usually share similar characteristics, Ponzi schemes wear all types of faces. For further reference, let’s take a look at…

The United States legal system commonly sees Ponzi scheme cases with huge losses from investors that turn public fast merely due to the large amount of people and money involved. To get an idea of the extent of these schemes, how they worked, and their legal consequences, we have assembled a chart:

These are just a handful of the multi-million (and billion) dollar Ponzi schemes in this country’s history--and that is not including international ones. However large-scale and expensive these may seem, all follow a similar formula replicable by the right person--even someone closer to home.

Like the U.S. Securities and Exchange Commission (SEC), Maryland’s Office of the Attorney General has a Securities Division with the expressed purpose of protecting investors from investment fraud. State “Blue Sky Laws” under the Maryland Securities Act require registration of any person or firm looking to trade stocks and securities. If you suspect foul play on the part of a firm or independent investor, contact the Securities Division immediately.

Like previous nationwide cases, one of the schemes revolved around convincing victims to invest in church-related expenditures: the heads of the scam allegedly collected $28 million over the course of nearly two years.

Though you might think schemes like the national ones above are commonly found in major metropolitan districts and target the wealthiest-of-wealthy investors, think again.

Luckily, there are resources at your disposal to arm yourself against potential financial ruin. You can learn more about fraud and embezzlement through our site or by contacting an experienced attorney. Be mindful and wary of these schemes are where they might arise; being informed might be the difference between you and your retirement.

If you have any other questions about Ponzi schemes or white-collar crime, please contact our offices for a free consultation. 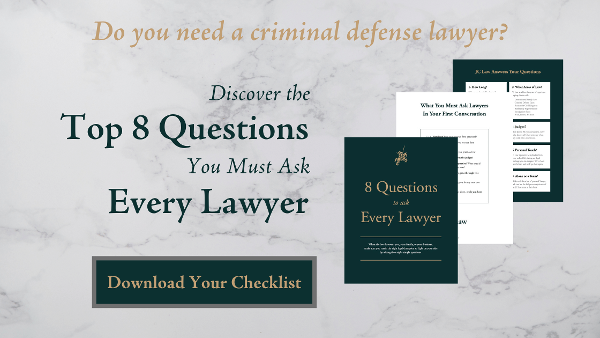