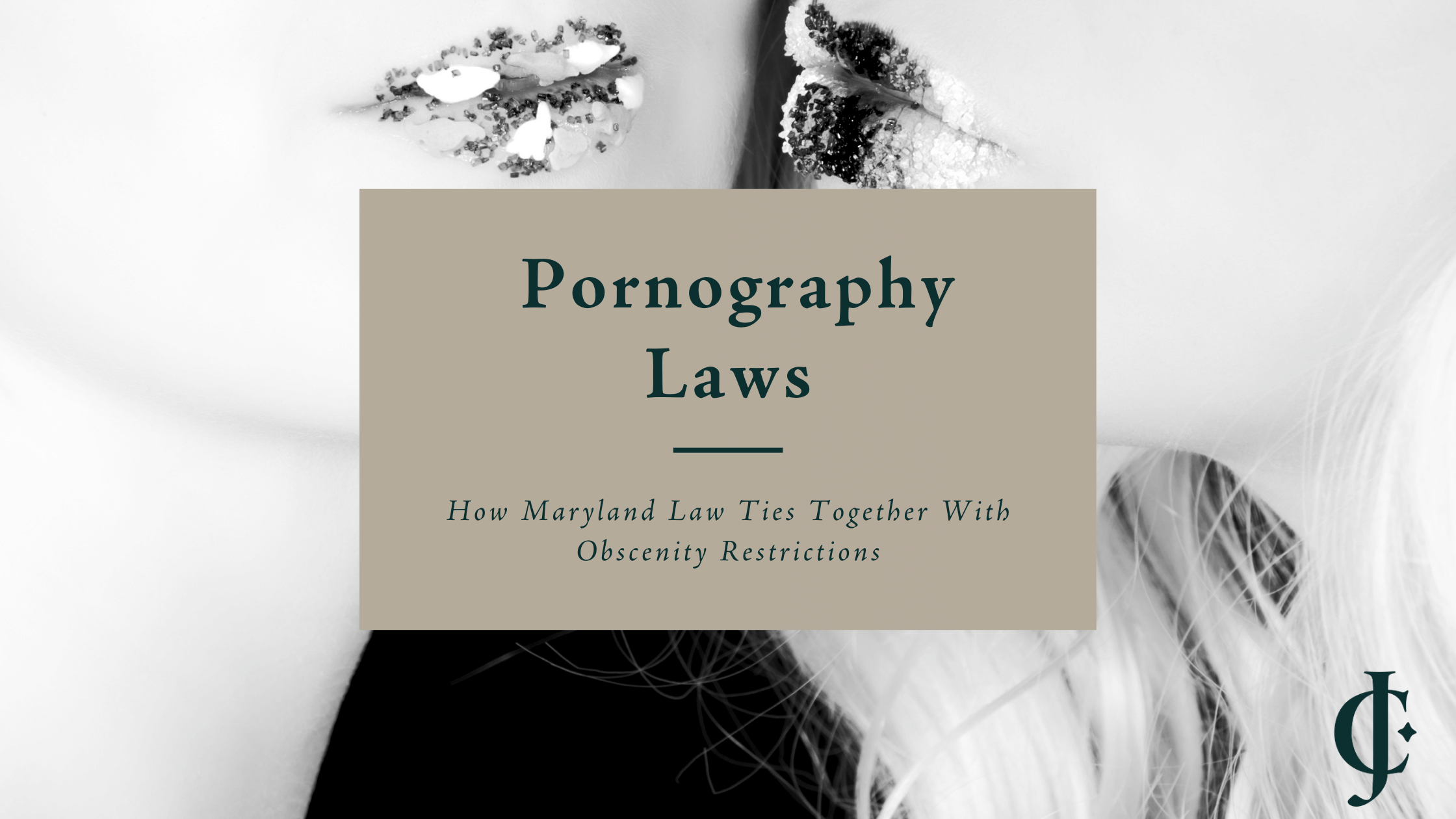 History of Obscenity Laws in the United States and Maryland

Let's start with the basics: What is the history of obscenity laws in the US and in Maryland?

Maryland's child pornography laws are housed in Maryland Annotated Code, Title 11, Indecency and Obscenity. Although the prohibition of distribution, exhibition, importation and publication of obscene matter is prohibited under Maryland Criminal Law Code, nowhere under Title 11 is obscenity specifically defined through codification.

This has been a topic of debate for decades within our judicial system. To find the answer to that question, we must look backward to the Supreme Court.

In the 1957 landmark case of Roth v. United States, the Supreme Court was called upon to determine how the First Amendment fits into the overall scheme of protecting obscenity. Was obscenity protected in its entirety? Should anything be allowed? What is obscene? Who defines it? Where did our free speech start and stop on this subject?

The Court ultimately defined obscene speech as being "utterly without redeeming social importance, to which the average person, applying contemporary community standards, the dominant theme of the material taken as a whole appeals to prurient interest."

In Maryland, there are 23 counties covering very different economic and social representations. Most would argue that each county has their own community standards. I’m sure this is true across the nation.

In 1993, the Supreme Court decided Miller v. California. Chief Justice Warren Burger wrote the deciding opinion determining that a new and expanded three-part test to actually define obscenity was much needed. The court established a three-prong test to define obscenity. In doing so, it gave lower courts the ability to determine if any particular material appealed to prurient interest.

Ultimately, the Court laid it out by asking this question: Did the material exhibit sexual conduct, in a patently offensive way, and also lacked serious literary, artistic, political or scientific value?

Based upon Miller, it seemed like the Supreme Court “punted” and put the burden on states to make a final determination as to what obscenity really means. The underlying decision in these cases is that there is really no national standard. Although Miller established a broad guideline, the definition of obscenity could vary from state to state or even within a state.

In 1988, the well-known preacher Jerry Falwell sued Larry Flynt and Hustler Magazine for a story written about Falwell that he found offensive. The fictitious story was a parody written by Terry Abrahamson while working for Hustler Magazine.

The bit included a head shot of Falwell and a spoof interview, during which the preacher talks about details of his first licentious sexual encounter, as well as an incestuous rendezvous with his own mother, among other assertions. Naturally, this parody upset Falwell, and he sued to reclaim his reputation and for monetary damages.

In deciding this case, the Supreme Court ultimately expanded free speech by ruling, "At the heart of the First Amendment is a recognition of the fundamental importance of the free flow of ideas and opinions a matter of public interest and concern. The freedom to speak one's mind is not only an aspect of individual liberty -- and thus a good unto itself -- but also was essential to the common quest for truth and the validity of society as a whole. We have therefore been particularly vigilant to ensure that individual expressions of ideas remained free from governmentally imposed sanctions."

The court went on to say, "Although false statements lack inherent value, the breathing space that freedom of expression requires in order to flourish must tolerate occasional false statements, lest there be an intolerable chilling effect when speech does have constitutional value."

Therefore, because Falwell was a public figure for the purposes of First Amendment speech, the spoof was given great latitude. The takeaway from this holding is that parodies of public figures such as Flynn that could not reasonably be taken as true are protected against civil liability by the First Amendment and free speech, even if the parody is explicitly intended to cause emotional distress.

So, where does that leave us as far as defining obscenity in Maryland?

It leaves us specifically where the Miller v. California case and in all its subsequent changes has imposed upon us. Every case is different, and a specific determination must ensue. A prosecutor in a particular county in Maryland has to ask some of the following questions in order to bring criminal charges and prosecute:

The answers vary, depending upon the situation. However, it can probably be summed up in a couple words with the phrase, "I know it when I see it," which was a colloquial statement made by Justice Potter in the famous case Jacobellis v. Ohio from 1964.

So what are the child pornography laws in Maryland, as they stand today?

There is no question that the long debate regarding obscenity squarely encapsulates the laws on child pornography. Maryland's child pornography laws are also housed in Title 11, and prohibit the causing, inducing, soliciting, or knowingly allowing a minor to engage as a subject in the production of obscene matter, or a visual representation or performance that depicts a minor engaged as a subject of sadomasochistic abuse or conduct.

Additionally, knowingly possessing or distributing a film, videotape, photograph or other visual representation showing an actual child or a computer-generated image under the age of 16 years of age engaging in sexual conduct or any state of sexual excitement is prohibited.

Maryland Annotated Code, section 11 – 208, creates a misdemeanor for anyone who possesses these materials and is subject to not more than 5 years in prison nor a fine exceeding $2500 or both. Anyone who has been previously convicted under this same section, is then automatically guilty of a felony and is subject to imprisonment of up to 10 years any find of potentially $10,000, or both.

Interestingly enough, the Maryland Legislature wrote in that same codification that, "Nothing in this section may be construed to prohibit a parent from possessing visual representations of the parents’ own child in the nude unless the visual representation is a child engaged in sadomasochistic abuse, sexual conduct, and in a state of sexual excitement.”

The legislature also specifically created an affirmative defense to possible child pornography allegations for anyone who has taken reasonable steps to destroy any visual representation of same or the fact that they have reported such materials to a law enforcement agency.

While child pornography has existed for centuries, it can be argued that the recent advent of computers has spurred a tremendous amount of state and federal laws to be created, based upon the easy availability and transfer of child pornography images and video.

Naturally, CP laws have grown and emanated from obscenity laws. There is no question that in the near future, state and federal legislatures will be tough on not just the obscenity laws, but also child pornography restrictions.